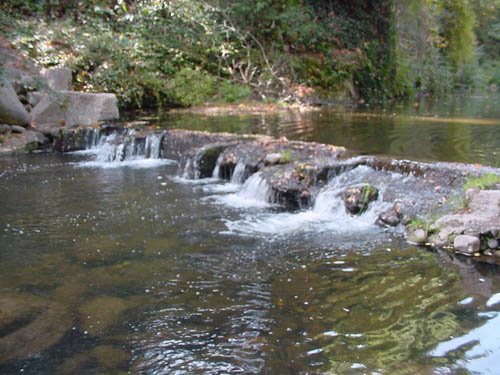 The objectives of this project were to develop a comprehensive plan that identified, through focused research and analysis of existing data, the limiting factors affecting habitat and populations conditions on the San Lorenzo River for steelhead trout and coho salmon. The San Lorenzo River is noted as having the largest run of steelhead south of San Francisco Bay and historically supported populations of coho.

Project elements included assessing the large volume of existing habitat and population data available for the San Lorenzo River, collecting and analyzing existing data related to physical habitat conditions, and reviewing existing hydrologic and geomorphic data developed for the watershed. The result of this analysis was a set of two documents. The first consisted of an Enhancement Plan for the watershed describing the current status of the steelhead population, spawning and rearing conditions, a limiting factors analysis, and a set of programmatic recommendations to improve habitat conditions within the watershed.

Recommendations included removing partial barriers in the mainstem and erosion control projects in areas tributary to the middle reach of the mainstem. Specific projects to address these priorities were outlined in the second document, the Action Plan. Conceptual level engineering designs were developed for nine partial passage barriers and six erosion control projects.

View the embedded image gallery online at:
https://www.watways.com/salmonid-enhancment-plan-for-the-san-lorenzo-river#sigProId5a15fd7b79
back to top